Presented by the Taipei fine Arts Museum in Taiwan

The Taipei Museum in Taiwan at the 53rd Venice International Art Exhibition of Venice (Biennale) presents three artists who describe the changes of the world through the social changes imposed by the globalization. Hsieh Ying-Chun, Chen Chieh-Jen and Chien-Chi Chang are in balance between denunciation and exploitation of the denounced conditions. Between denunciation of the misery of some Human Beings who face the future and exploitation of the misery of some Human Beings in order to nail down to the present moment the expectations that visitors have while facing their own future.

Some of these artists live in USA. This is why they are able to show, through art, some aspects of globalization that are often unknown by the chronicle.

In the artworks by Hsieh Ying-Chun we can see the passage from a farm economy to a building economy. The work changes itself and the man who does it.

Some of the scenes presented by Hsieh Ying-Chun in photos and movies are extremely dramatic. The work that separates itself from the man. The work isn't anymore the instrument by which the man changes the world according to his needs. The man becomes the instrument of the work. The work makes the man become alienated from life.

The man can't live anymore. The man works. The work becomes the subject that uses the man. The man becomes an object and aim of the work. The work considers the man who works merely a cost. 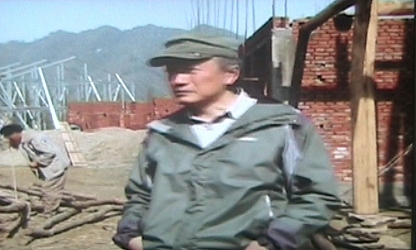 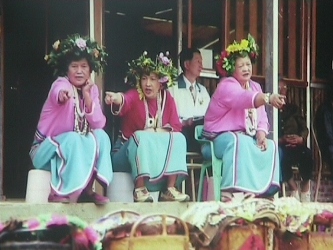 In the change of the relation work-man we can see all the dramatic force of what Hsieh Ying-Chun exposes at the Venice Biennale.

Globalization moves the man away from his previous life. From the life in which he was depicted with buffaloes and goats: was that really a better life? 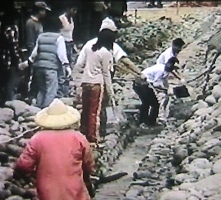 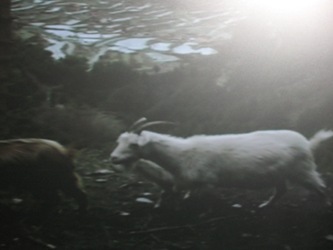 The work as it's represented by Hsieh evokes images of slaves, but when the slave system goes from the depth of the soul to the rational mind, then it's recongnized by the consciousness of the individual. From that moment on, the individual imagines a different future.

A future that is in balance between freedom and constraint in determined consitions, as we can see in artworks by Chien-Chi Chang about concealed workers in New York Chinatown. People who adapt to live in the metropolis' folds and who we can meet in Italy too, if we look at where we don't want to look. These people impose themselves as persons in societies which would rather like to impose them the role of "workers". And these "workers" should disappear from our view as soon as they have put away the tools by which the society has just exploited them. "workers", not persons. These "workers" are criminalized as soon as they, in order to survive, see some folds inside society and try to enter them, by doing some illegal work often at the borders of marginalized crime.

So marginalized people depicted by Chien-Chi Chang are the same marginalized people against whom some sheriff-mayors in the city of Veneto, like Bitonci, Gentilini, Zanonato, Tosi, Cacciari, and others enjoy using local policemen, in contempt of the Constitution, to pursue and oppress the desperate ones, to get some votes. 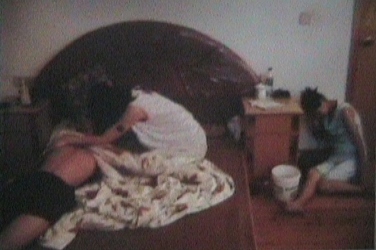 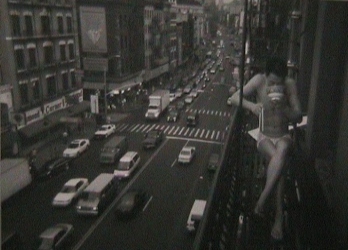 The aesthetics of misery is depicted by the artist who separates himself from misery.

The tourist likes poverty, he considers it something "typical".

As an object to photograph and show, like a hunting trophy.

The Sorcerer lives the same passions; he suffers with men when passions and expectations of the future have been damped down.

The Sorcerer enjoys and rejoices when a bar is removed from the cage.

A Sorcerer doesn't like the aesthetic of misery: misery intended as life destruction. 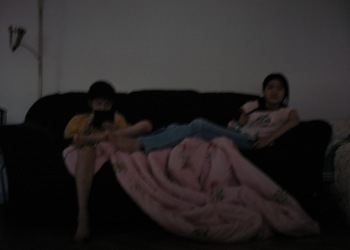 There's nothing noble with it!

A Sorcerer can't see the aesthetic side of life; he grasps its emotional side! 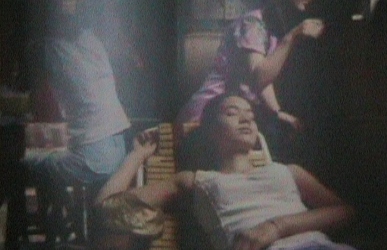 When Achilles drags Hector's body with his chariot, the Sorcerer can't see Achilles' triumph, but takes part to Hector's pain.

So there's no "glory" for the local policemen who abandoned the old beggar lady in the snow, after taking her shoes away, but only a feeling of contempt toward this policeman and his mayor (this happened in Como)! 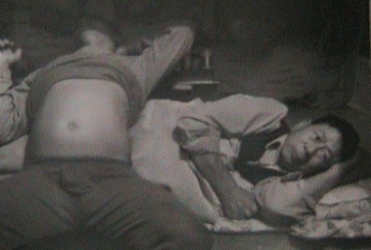 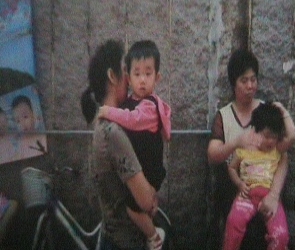 The misery of immigrants' life and difficulties of immigrating and emigrating.

These are the scenes presented by Chen Chieh-Jen. Difficulty to emigrate; difficulty to immigrate. It's the difficulty that people have to walk their life space while they are caged in rules that have been hidden to deceive people. To cheat.

Women who read in the immigration office their sadness and desperation. 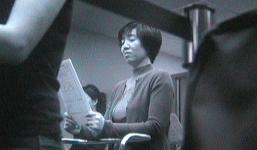 People living in Veneto, in Italy, know very well this kind of immigration and shares the pain of those who are trying to construct his/her own future.

People living in Veneto are aware of the hate that the Veneto's local councils have towards the poor, the marginalized, the immigrant. 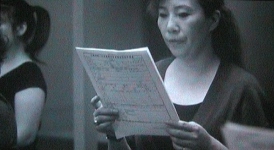 People who lived the evolution of Venetian society from the 60es to the present saw how the borders of society (the labour reserve for industrialists and tertiary, made of concealed work and temporary employment) have been progressively occupied by immigrants, against whom policemen and local council poured their ferocity.

When we look at the art exhibition from Taiwan, in Palazzo delle Prigioni (Prisons' palace), Castello 4209, Venice, what side do we choose to stay on?

Are we on the artist's side, or on the side of the subjects that the artist represents?

This is a key question for Witchcraft. According to the emotional choice we made, the future we'll construct, if we are able to construct one, will be different and maybe it won't be.