Africa as Mother of Life: old people and nostalgia

Yvette Berger, known in the art world with her mother's name Owanto, describes Africa and what European people feel but forgot about Africa.

There is some kind of tension, in Owanto's works, that leads to consider the place of human beings and especially of women who are the essence of the species inside the future. This future is not only imagined, but described in an almost devastated present.

In Owanto's works, the present is generated by the past and is also generating a future. And Owanto asks about this future: what kind of future do you want?

The exposed art by Owanto must be considered as a whole. The house as house of men that becomes a playhouse for European children in some playground. In this house there is a series of images from a past time and in this house a dance mixes the tensions of the woman with the Mother Africa.

This house strikes the visitor when the past is radicalized in a present time represented by images of African outskirts, with garbage and wrecks all around in fields. This vision of abandon makes the visitors become sad and ask "Mother, where are you?", "Mother, where is your power that generates life?". And the Mother shows you the decadence of places where things are abandoned and African cities live in chaos where the artists asks "What future?" 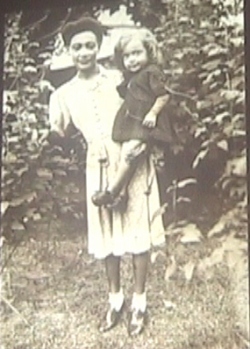 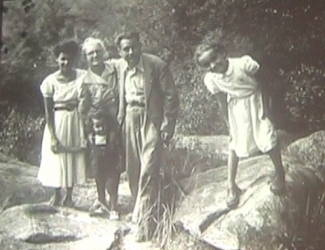 The present of AfricaIl presente dell'Africa is the future being constructed by the past.

The present always constructs its own future.

For the past that is so showed to us, this present is the future.

The present of cities, of abandons and decadence. This present is the future of that past.

This present will have its future too.

There are road signs of "danger" in which there are women, men and children outlined. 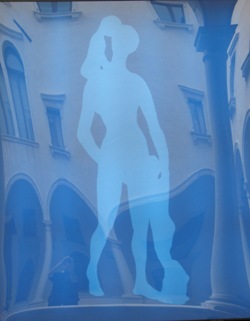 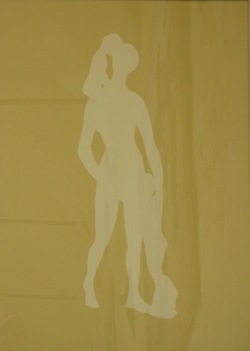 Yvette Berger, Owanto, exposes with her artworks the questions that Africa makes to Human Beings.

Human Beings changes their Mother according to their own expectations, or through their need of conscious species in a world that surrounds them, changes because of our presence and, as some African people used to say "has been lent to us by our children".

Each of us should be paid down with the interests by leaving to our children a world enriched by our presence in the present time.

Owanto doesn't give us answers.

Owanto has her desires and she would like that desires to be fulfilled in a world without conflicts.

But Owanto's desires are born from the conflict of her growth in a world of conflicts that constructed that unknown present on which she reflects.

This world of conflicts left behind as dead bodies the outskirts that Owanto would like to avert with her desires on road signs.

On that road signs Owanto would like to outline the future, her future, as transformation of her desire. But life is conflict and Owanto can't see the conflict as a reality in which her daughter, as all the children of present times, constructs her future with a conflict in the conflict.

So Owanto sees happy children with their parents where the SIDA destroys sexuality and life; children who run happy while in reality are raped by missionaries, men and women who love each other while actually the decadence is destroying their lives.

In Owanto's works Africa asks to people: which kind of future do you want for this earth?

With her artworks Owanto makes the same question to Human Beings and waits for their answer. She wants an answer. But maybe the answer is not that kind of answer that a "tired warrior" wants in a world that is never tired of damaging every possible future.

Owanto makes the same question that Gabonese healers try to answer by eating the iboga until they reach a state of brain coma, opening the doors of perception to a world they don't understand but leaving them empty and full of nostalgia for something that "could have been". In this world of provoked coma, their desires take form of spirits who talk to their spirit in order to fix the power of desires as a chasm in which they make every possible future fall.

So old people tell tale of a glorious past, instead of making a list of their mistakes which caused this present to be.

Young people feed with "their fathers' glory" instead of preparing themselves to face their mistakes. To talk about mistakes is humiliating for fathers, but makes sons and daughters strong in facing their future. The glory makes the father proud, but deprives the son/daughter of his/her own glory, because the past lived by the father is not the present of the child.

In this way the iboga imprisons people in a future which has been imagined by the needs of their present. In this imprisonment men and women can't see the feelings of the world's objects, but prefer to relate only with their own desires. 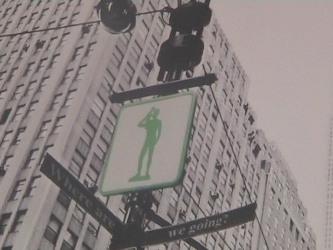 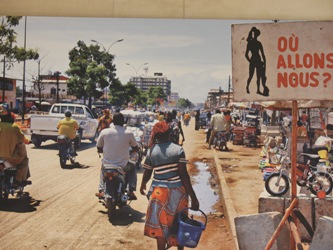 To find the path beyond the "sacred leopard".

Beyond the nostalgia for the "lost time". 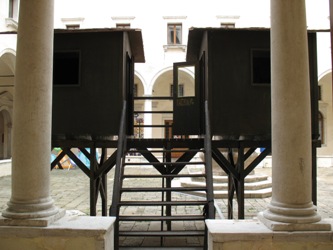 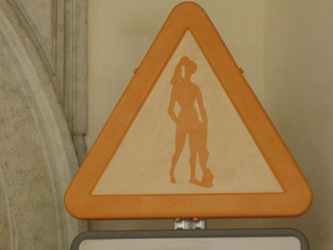