Martin Boyce in Venezia, inside Palazzo Pisani deals with the theme of decay and abandon.

Martin Boyce's exposition in palazzo Pisani will stay open until the 22nd November 2009.

In this exhibition we can see some matters that Polytheistic Pagans appreciate: the decay of things, object, places. Decline and decay of what has ended its own cycle of existence. 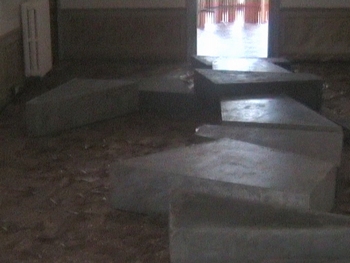 When the human beings look at the decline of objects and places, sadness takes them. It's because they project their sense of abandon and decline on what they see. It's some sort of "cultural conditioning" that leads people to identify themselves and their psychophysical condition with the image that is being presented to them. The object is presented as an object in itself. It's decay isn't considered as a process of change, but as a declining, eternal present, imposed to the viewer's attention. An image without a past and without a future.

Why do viewers identify themselves with the image of the decay of an object?

Because all Nature's Being have the perception of their present, of their state in the present relations with the world, as an ABSOLUTE. They perceive their present outside time (that is the changes through which those relations have been built in the world) and outside space (both physical and cultural space). 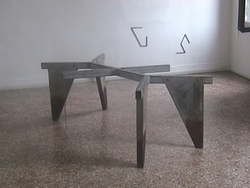 Everything is fixed as a succession of present moments, in each of which the subject thinks to himself as absolute and unchangeable. 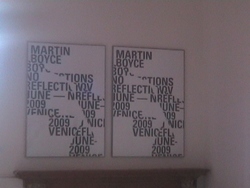 And even when, in the next present moment, the subject modifies itself, the emotional change is so deep that the subject believes this has always been. The subject considers itself being what it now is: what it feels, thinks and imagines about itself and the way he lives in the world. And every time it modifies its relations with the world, it deletes its previous absolute state to consider its new psychoemotional state, with which it constructs new relations, as an absolute: "it has always been and will always be".

In few words, the relations we have while living in the world don't belong to a rational dimension, but to am emotional one. So the declining or abandoned object appears to us outside its own time and space and fixes our emotions in its present moment.

A great emotional effort is needed to understand the sense of changes, but above all we need to set in motion our empathy as perception of change and not as subjectivation of a subjective projection on the presented image. If I point my attention on the fallen leaves in the woods in autumn, my rational mind understands that something is dying. The leaf is the object of my attention. The leaf as separated from the ensemble of space (the wood) and of time (its changes). Actually the leaf isn't separated from the world and so my emotions can't stop at the image I see, but must penetrate the ensemble to which the image belongs. To penetrate the ensemble means to understand the changes (time and its sense) that led to that image and the space (that is, the emotions of ensemble consciousnesses) in which that image comes to my rational mind. 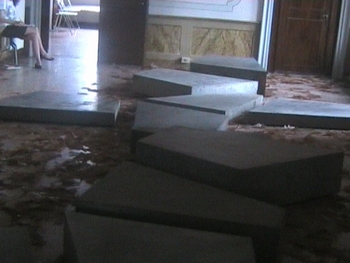 In this way I can catch the life of that tree leaf inside the ensemble in which it lived.

I can catch the emotional weave it has built during its infinite present moments while it was modifying itself inside a wood that was modifying itself too and where an infinite number of subjects in infinite present moments were building emotional relations that my rational mind, imagining their shape and quantity, perceives as mute images in order to protect my consciousness by the emotional flow that otherwise would overwhelm it. 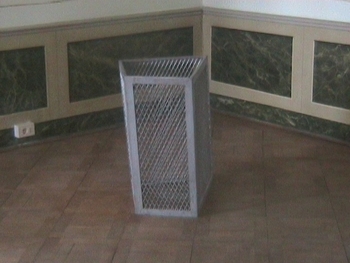 But, while doing that, I have "turned around the focus of my attention".

Martin Boyce's images are still those of "disseminated corpses", abandoned by their "souls" which went away towards other places. That table, that bed, that basket, that stone path among shrivelled up leaves in the autumn of life, don't recall to us the nostalgia for a past glory, but recall a present that exists. It's the present in which every Consciousness lives in a body. This body lives in a world and therefore nourishes and constructs that Consciousness in different bodies. And even though we look at that state of abandon, we are looking at those "object" as they were placentae abandoned by growing babies who found access to new and diverse worlds. 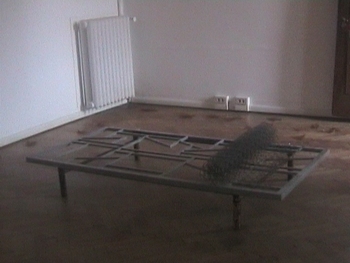 It's not an abandoned bed or table, but it's a bed and a table that lived. 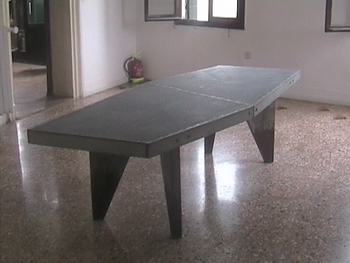 They're inhabited beds and tables. This bed and this table lived in the world and constructed Consciousness by living and being inhabited. People who used to lied in that bed, to play and eat on that table, to throw things in that basket to avoid dirtying the wood or the environment, lived in those places and so gave a part of their energy to those bodies. In turns, the bed, the table and the basket inhabited their users and turned into bodies that generated new Gods.

Only the GOD who goes beyond the emotional vision of the present moment in what is seen and considers it in the ensemble of space and changing can see the glory of what has been and the glory that will be, while the christian can see only his own abandon and desolation. In the environment created by Martin Boyce the christian can cry to his god, but he's surrounded by corpses. This corpses were life warriors when the bed inhabited the man who used to sleep on it or when the tree leaf made the sap flow. But warriors once came to life. They became Gods in other and different bodies, leaving the sad and uninhabited placenta behind them.

So it's nonsense to call the christians' owner-god because it's not Martin Boyce who represents abandon and desolation but it's the perception of the desert in the christian's emotions which can catch only desolation and abandon because his eyes are separated from life. 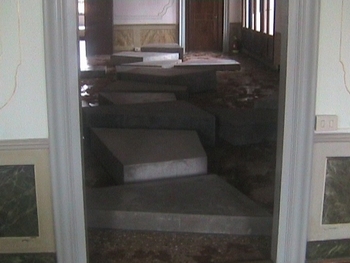